I am also the founder of CaptainFact, a nonprofit dedicated to bring collaborative, real-time fact-checking tools to citizen, medias and education.
You can check my other works in the projects section or on Github. 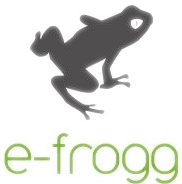